Twitch is still an unnoticed platform. In a world where Netflix, HBO and Disney streaming dominate the attention space, it's hard to fit in. People still believe that Twitch is a platform for gamers. Yes, it was the original idea to create a streaming platform for gamers, but it's been years, and the platform has evolved, especially in a pandemic. The lockdowns were tough for billions of internet users, so they used new sources of content. That's why TikTok and Twitch have seen massive growth in the viewers and registered users. However, as of now, the platform is still unnoticed when it comes to advertising. If you ask, I would say that Twitch is the most underrated platform for product placement. In this post, I'll try to outline why Twitch will be another big thing after TikTok's success.

We can't avoid gaming in this post. The original of Twitch was related to the gaming community. That's why Twitch is mainly associated with the gaming space. As of now, Twitch has hundreds of different categories, and there are thousands of streamers and millions of viewers every day for different niches. Gaming still stays the most relevant and hot topic on Twitch. Why should you miss this chance? Do you have a product or service? Well, gamers' age group goes up to 40. It means that your potential customer could be watching Twitch right now. Start out reaching Twitch streamers and influencers. If they have 100+ viewers, then it's a good chance for you to get a cheap deal with the influencers. It's better to focus on micro-influencers and negotiate on the promotional price. Check the image below - the number of gamers increases every year enormously. 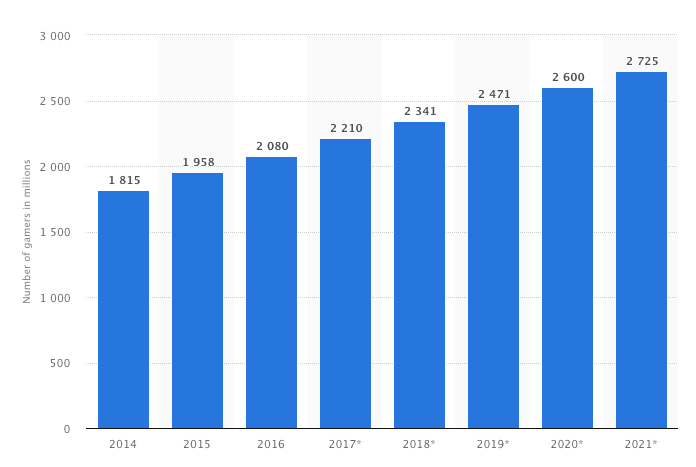 If we look at Twitch from a different perspective, it's easy to spot many opportunities. First of all, with the latest data from "Statista", we see that Twitch has around 15 million active viewers every day. It means that you've access to 15 million people every day in this age range - 15/40. Amazon bought Twitch a few months ago, and it was a successful deal for the founder of the platform. Keep in mind that Amazon is not touching any platform without any future. The founder of Twitch believes that Amazon's capital (billions of dollars) can take Twitch to another level. Check the image below - Twitch is winning in terms of 'engaged hours' on the platform. 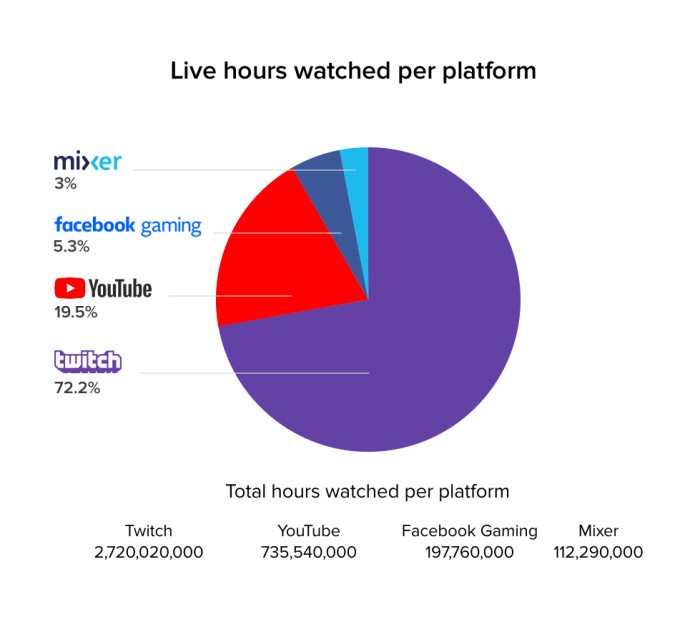