In 2011, a new video streaming service, Twitch, entered the global digital marketplace. It is a platform for online broadcasts in the gaming segment. People come to the platform not just to play online, but to make money on their hobby. The main method of monetization here is advertising on the Twitch channel. As the gamers started attending more livestreams, their main question from the start was the following - how to get more followers on twitch? In this post, we will try to answer many questions, including how to make money on Twitch with advertising and how to get more followers on Twitch platform.

Latest research has shown that at least 90% of streaming channel subscribers are men between 18 and 34 years old. And according to insider data, 25% of the audience are executives and managers. Since the service is popular among adults and solvent people, advertising on Twitch is suitable for any brand. In 2019, the channel's content related to the computer games and e-sports industries was supplanted by conversational and reality shows. But still more often the promotion on this site is bought by manufacturers of accessories for gamers.

Direct Entry with the collaboration

There are several types of advertising on Twitch. One of them is direct entry into the broadcast. The service also allows you to place banners on user streams. In this case, the blogger receives income for every minute of placing an ad. A new active viewer is a plus to earnings. (carefully listen to this popular actor - Kevin Bacon - you need to work together with advertiser for better results)

There are often cases when users complained about numerous banners, videos and were forced to install ad blocking programs.

In 2018, Twitch launched SureStream technology, which bypasses blockers. The viewer will not be able to stop or turn off such an insert, because a picture or text with a link is embedded in the video stream. The duration of such an advertisement in a stream is from 15 to 30 seconds.

This category also includes major media conventions, sponsorship events, and competitions. They both organize broadcasts and buy rated streams for their projects.

How to run ads?

Developing a video streaming business is strictly related to being a Twitch partner. The point of this method is that the streamer maintains transparent statistics: no bots, frequent online presence, regular audience growth, reaching the top streamers. Attraction of earnings here is a matter of time.

With such cooperation, the platform allows you to generate income from direct banner advertising. The account owner himself determines the time and duration of the ad on his broadcast. The disadvantage of this option is that ad blockers in the browser can hide the banner. Fewer viewers will see it, and the pay-per-view will be lower. (check the image below - in some cases, you won't be given chance to skip AD) 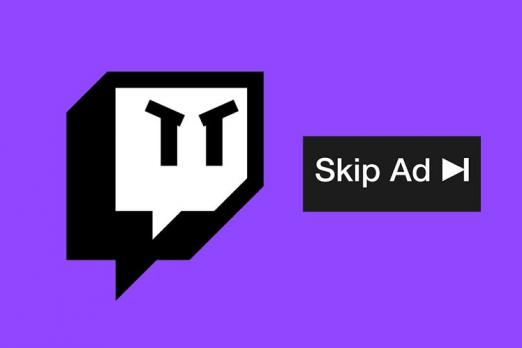 A second option from experts of Twitch

You can independently organize your advertising campaign through all available social networks. To do this, you need to set a filter to search for communities related to games and esports. Thus, you can expect a good payback and accurate sample of viewers.

Targeted ads allow you to customize your display to your audience. The banner will appear in a prominent place for those interested in the proposed topic. The preliminary announcement must be moderated. Streamers pay for each click to stream.

Everything about audience of the Twitch

Such a question is almost always met with skepticism. Like, "On twitch youngsters are sitting with no money." Well, this is partly true - Twitch's main audience is gamers between the ages of 14 and 26. 80% of users are men. They are mainly interested in games, computers and IT. (check the image below - in most cases, Twitch regular viewers are people who attent Gaming conferences)

According to a SimilarWeb report, Twitch has a monthly audience of 28 million unique users, with an average user spending 95 minutes a day on the streaming platform. These people regularly buy monthly premium subscriptions and subs to access unique emoticons and other benefits. The average price of such a subscription is $7-9.

However, this is not the entire Twitch user base. In addition to players, adults are actively involved in online broadcasts. This applies to non-game streams: cooking shows, Q/A programs, psychologists' streams or conversational programs. You should not immediately abandon this audience, because it is she who in the end may be the target for the product. With such an audience, advertising on Twitch is a fairly effective tool for promoting goods & services.